Your Guide To the Acronyms of 10DLC & The Campaign Registry

You won't have to spend much time in the world of 10DLC Messaging before you hear an acronym dropped into an email or conversation. In this article, we aim to not only decode those confusing acronyms - but also explain what each one means in the 10DLC process.

Before we get into the details, however, it's worth explaining a few common acronyms not exclusively associated with 10DLC.

A Mobile Network Operator (MNO) - sometimes called a Mobile Carrier - is a company that provides mobile or cellular service on its own network of radio towers and switches. If you're familiar with the US market you'll have heard of the three major MNOs: AT&T, T-Mobile, and Verizon; however there are also a handful of smaller MNOs like US Cellular and C-Spire.

Although similar to the aforementioned MNO in the respect that it provides mobile or cellular service, a Mobile Virtual Network Operator (MVNO) does not own or operate its own network of radio towers (some MVNOs run their own switches, however) - but instead "leases" capacity from an MNO. Examples include Mint Mobile (T-Mobile), Cricket Wireless (AT&T), and Boost (T-Mobile).

There are two types of SMS or MMS messaging - Person to Person (P2P), which is a person sending a message to another person using a mobile device, or Application to Person (A2P), which is an application sending a message to a person (or vice versa). Any message that isn't sent from a mobile device by someone pushing buttons on a keypad is generally considered A2P.

Now we've got some of the background information, let's move on to 10DLC itself.

10DLC is an MNO initiative for A2P messaging in the US market. As phone numbers in the North American region are 10 digits long, 10DLC simply means "10 digit long code" and looks like a regular telephone number - e.g. 2125552368. The term "long code" helps distinguish it from its shorter counterpart, the five or six-digit short code.

The main MNOs participating in 10DLC are AT&T, T-Mobile, and Verizon - although, at the time of writing, Verizon does not currently participate as actively as AT&T and T-Mobile.

The Campaign Registry is an organization that helps coordinate and manage 10DLC messaging campaigns. They work with CSPs, DCAs, the MNOs, and third-party vetting companies to ensure a brand is who they say they are, and the content being sent by that brand fits within the various messaging categories that the MNOs have defined.

A Campaign Service Provider denotes an organization who has access to TCR's portal and APIs to manage one or more 10DLC brands (and associated campaigns) on behalf of their customers or for themselves. SignalWire is a CSP, but we also work with customers who are their own CSP and use SignalWire as their connectivity partner.

A Direct Connect Aggregator connects to the MNOs and transmits SMS and MMS messages on behalf of its customers.

A Net Number ID is a six digit code assigned by NetNumber and used to identify which service provider is responsible for a particular telephone number. In the world of 10DLC, the NNID helps the MNOs understand which DCA an A2P message is originating from or destined to.

In years gone by, Direct Inward Dial was a service that enabled a phone company to deliver a block of telephone numbers to a subscriber's phone system (PBX) without requiring a separate physical line for each number. The term "DID" is still used today as shorthand for a telephone number.

A Mobile Station Integrated Services Digital Network, or MSISDN, is a way of identifying a unique mobile subscriber. In practical terms, an MSISDN is a telephone number formatted to the E.164 standard, so our earlier 10DLC example 2125552368 becomes +12125552368.

Putting it all together…

In our next article, we'll put some of these terms into a real-world example and walk you through getting a 10DLC brand and campaign registered. Until then, if you have any questions please get in touch or drop a message in our community slack channel. 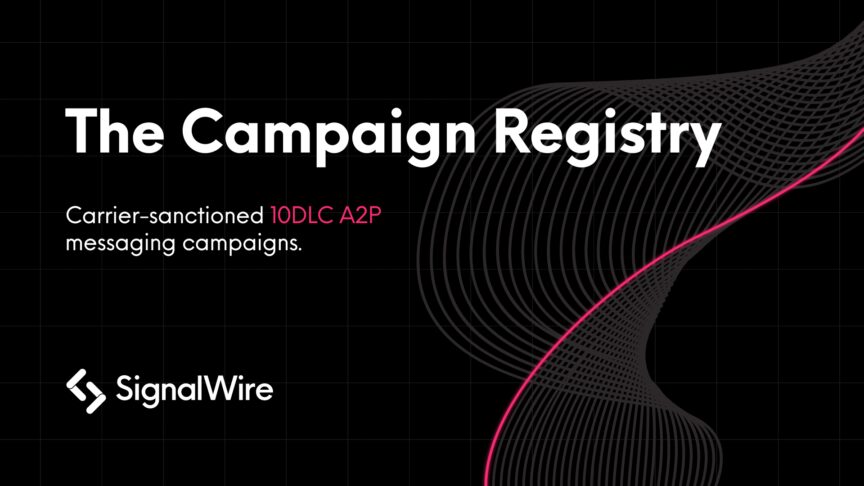