Elastic cloud platform to enable the next generation of unified communications tools. 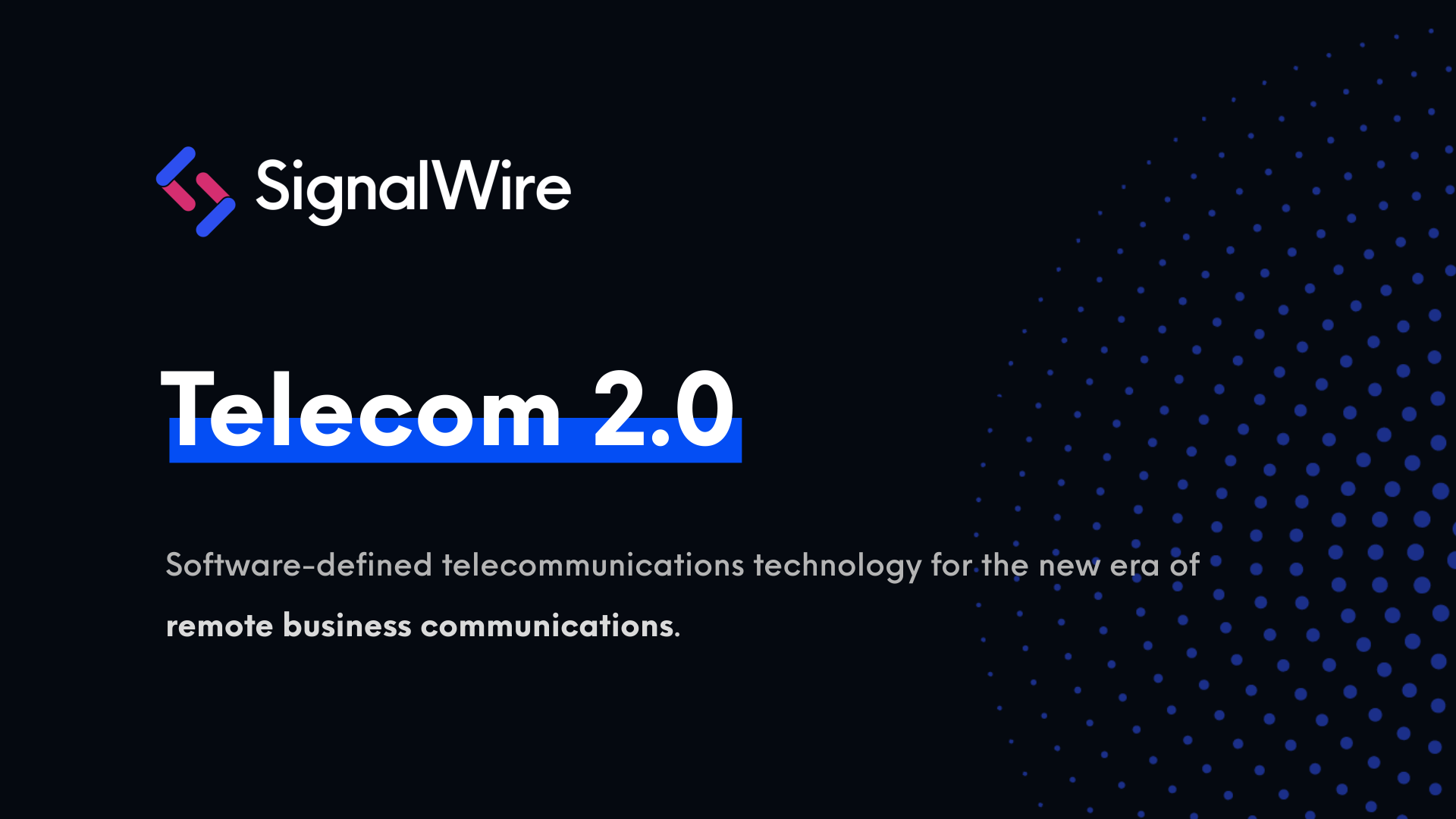 PALO ALTO, CALIF. - June 2, 2021 - SignalWire, a global leader in software-defined telecommunications technology, announced today that it has raised $30 Million in a Series B round to accelerate the creation of the next generation of unified cloud communications tools. Led by Prosperity7 Ventures, and joined by Storm Ventures, Samsung NEXT, Jerry Yang (AME Cloud Ventures), and Dean Drako (Barracuda Networks), the round brings SignalWire’s total funding to $41.6 million to date.

With a focus on ease of integration of multi-channel infrastructure including voice, video, and messaging, SignalWire’s core technology allows developers to seamlessly integrate APIs and SDKs into products that consume fewer engineering, bandwidth, and processing resources. With the increasing importance of video-based communications, SignalWire’s expertise in the integration of Multipoint Control Unit architecture into elastic cloud infrastructure positions the company to continue to lead in a future populated by end-users with a diverse array of use cases, access to networks, and devices.

“The pandemic has brought into sharp relief the need for communications technologies that are scalable, secure, customizable, and fast-to-market for developers. For end-users, and especially those using video, the experience needs to be smooth, stable, clear, and not a drain on network or compute resources” said Anthony Minnesale, Co-Founder and CEO of SignalWire. “The good news is that we’ve been working toward that exact vision for more than 15 years, and have designed the roadmap for its further implementation.”

Known as the “Original Geeks of software defined-telecom,” SignalWire’s team has been developing communications platforms since 2006, including FreeSWITCH, the most widely deployed open-source telecommunications tool in the world.

SignalWire is a future-facing telecommunications company focused on democratizing its best-in-class technology by combining the power of programmable cloud communications with elegance and ease-of-use. For more information, visit signalwire.com.

Prosperity7 Ventures is the diversified growth fund of Aramco Ventures, a subsidiary of Aramco, the world's leading integrated energy and chemicals company. The fund's name derives from 'Prosperity Well', the 7th oil well drilled in Saudi Arabia and the first to strike oil. Taking forward this pioneering history, we invest globally, with a long term-view, in breakthrough technologies and transformational business models that will bring prosperity and positive impact on a vast scale. Prosperity7VC