Is Technology Disconnecting us? 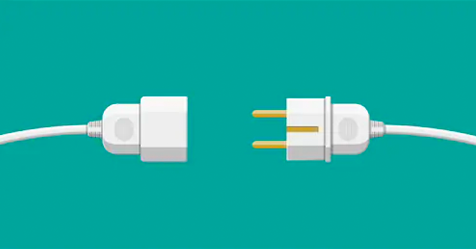 Is technology disconnecting us from each other?

Ok well I’m just going to start this off by saying…obviously I have a very strong bias when it comes to this question.

And with no shock to anyone, my answer is going to be no.

We’ve all heard the same anecdote at least a hundred times already. “I was at a restaurant yesterday and I saw two people sitting across from each other, just staring at their phones! It’s so sad, people can’t connect to each other anymore, technology is ruining the world- bla bla bla.”

There is validity in these statements: the University of Chicago published a study stating that social media is more addictive than cigarettes. We only have so much time in a day and if we’re spending it online then that means we’re not spending it with real live people.

Except…we are interacting with real people. When you see someone fiddling with their phone on the train back from work, it’s easy to think “oh that’s so sad, this person is spending all of their time staring at a magic glowing brick.” But there are real people on the other side of that phone who are contributing new perspectives and ideas.

Funny memes on our Facebook walls don’t just appear out of nowhere. A real human person spent time making an image that they found funny, and another real human person connected to that image enough to share it with that person on the train back from work.

The blog posts, news articles, and silly web comics I read on my laptop on the couch were all written by people who are trying to communicate an idea.

Human beings are incredibly social creatures and communication is at the core of who we are; our brains are wired to share our lives with other people. Our strange desire to tell people what we had for lunch today is not a new one (although social media platforms like Instagram make it a lot easier). This social desire is what kept us alive back when we had to fight off lions and tigers and bears (oh my…). One tiny human had a small chance of surviving for very long…but an entire group of humans working together…now you’ve got an apex predator.

Technology is all about making our lives easier and more efficient, and that includes the way we communicate. It allows us to participate in a wider community that can span the world, nay, the universe.

Cultural resistance to social technology is not a new phenomenon. When the first telephone was patented in 1876 there was immediate resistance. These naysayers had many of the same arguments that critics have about our communication tech today: we could be too connected and never have a moment alone, conversations will become idol, people will lose the art of face to face communication.

Face to face contact is too fundamental to our psychology to be replaced, it’s never going to go away, and technology isn’t to blame for hindering our communication, it’s making it more efficient:

The FreeSWITCH Open Source Project has a community of over 10,000 developers from all over the world working together despite distance,

SMS allows us to resolve problems in moments compared to the months it took in the past,

SignalWire allows you to customize and build your own cutting edge ways to communicate,

Video conferences allow us to communicate clearly with our remote coworkers –