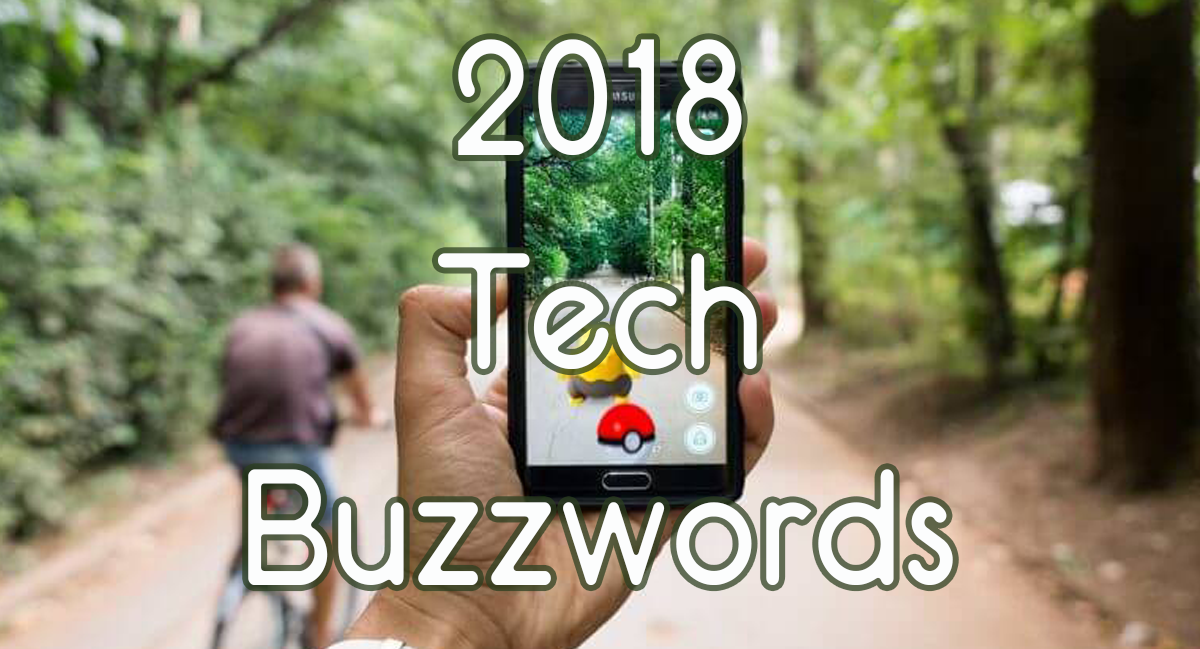 The world of technology can sometimes feel like the red-carpet in terms of which buzzwords are in fashion and which are sooo last year. Sorry “IoT,” no one is interested in you anymore because 2018 is the year for AI, Blockchain, and skinny jeans.

Artificial Intelligence – AI has had it’s time in the spotlight and its 15 minutes of fame are almost up. While true AI revolves around machine learning, many marketing campaigns have taken the term and run with it as a way to make their products sound more impressive. For some reason “Artificial Intelligence” just sounds so much cooler than “voice-activated personal assistant.”

XR – Modern Virtual Reality headsets have been around for two years now, but the technology is just now starting to become popular as price points become more accessible. With the technology’s growing prevalence in modern media, people are starting to get specific about the different types of virtual reality. For example, the animations in Pokemon Go are considered Augmented Reality because the creatures are interacting with real world surroundings. Virtual Reality takes place in 100% computer generated surroundings while Mixed Reality (or Hybrid Reality) is a mix of both. XR is a new buzzword that is emerging as king of the acronyms. It is used as an umbrella term for all computer-generated reality, old and new.

Blockchain – Over the last year, Google search’s for “blockchain” have increased by 250% despite the technology being invented in 2008 as a public transaction ledger for bitcoin. Since its invention, blockchain technology is working its way into other applications, including voting systems and banks, as well as into our hearts (awwww). Simply put, blockchain is a growing list of records (or blocks) linked using cryptography. New info can be added onto the ledger but previous blocks can not be changed without invalidating all of the data in the blocks after it. Blockchain is consensus-driven which reduces the likelihood of attacks and also decentralizes data. The cherry on top is that all transactions are publicly published and verified.

5G – Hmmmmmm…a clever marketing ploy or the next best thing since 4G? This buzzword is cheating a little bit because mobile phones equipped with 5G won’t be available until 2019…however 5G is slowly being launched in the US throughout this year. Internet providers are promising us more bandwidth and less latency which would make cell phone-based VR much better and downloading movies much faster. While 5G is predicted to be modestly higher than 4G, we can’t be sure how much faster until substantial field testing is done.

Microservices – Microservice architecture is a trend used when developing software systems; it focuses on building many single-function modules rather than one singular monolithic application. The idea is that certain applications are easier to test and maintain when they are built in smaller pieces that can work together. While microservice architecture isn’t perfect for all applications, this tactic can make building a project faster, more resilient and more easily scaled. While this isn’t a new concept (hello service-oriented architecture), the term “microservices” is gaining a lot of traction in the public eye.