The Not so Scary World of AI. 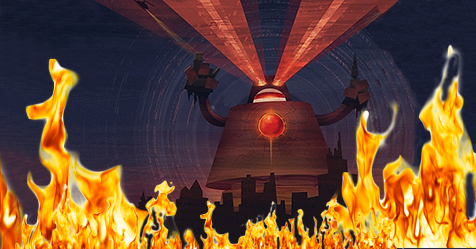 Recently, AI has been getting a lot of attention in the media. We hear all about the blood feuds between personal assistants and the exaggerated horror stories of sentient chat bots creating their own language. While the world of AI is much calmer than the media would prefer, the cushier side of AI can be just as exciting. We’re very used to the luxuries of most of the technology on this list, but I think it’s time we give AI a little credit for all the ways it makes our lives a little bit easier.

Video Games: AI has been used in video games for a long time…the entire time actually. However, the AI in video games has become much more effective and complex than it was in Space Invaders. Today’s video games can respond to stimuli and learn your behaviors which means characters that can react in unpredictable ways. Non Player Characters in adventure games have individual personalities and remember past interactions with you, all thanks to AI. In First-person shooter games, Non Player Characters analyze and react to the environment in order to survive your attacks; for example taking cover and communicating with other AIs to conspire against you. Video games are only growing in popularity with the rise of VR and companies are investing a lot of time and money into improving their AI.

Smart Cars: Smart cars are another tech subject that has been dominating the media lately. We’re all excited about the prospect of self driving electric cars. I mean, watching a movie and sipping on a root beer float on your way to ClueCon sounds great to me. Not only will these cars (hopefully) be able to drive themselves, but thanks to AI, self driving cars might be able to learn through experience. Google created an algorithm that allowed their AI to learn how to play a simple video game. The next step will be to teach it a driving game that will then help them meet their end goal: a car that can “look” at the road in front of it and make decisions based on what it sees.

Music and Movie Recommendations: This one is my favorite because the movie recommendations are sometimes comically incorrect. (Sorry Netflix, I’m not interested in watching Veggie Tales…) Apps like Pandora, Spotify, and other television streaming services keep track of your past entertainment choices and insert them into a learning algorithm that helps them make recommendations that you’re interested in. At this point, we’re all used to this nifty little feature, but it’s a long step away from Apple’s iTunes 8 genius mode which earns it a spot on this list.

Writing the News: Here’s a brain teaser: AI programs can be used to write simple news stories. But if an AI writes a news article about AI, is the intelligence really artificial? News sites, like AP, use artificial intelligence to write simple data based articles such as sports recaps or finance summaries. The software behind this is called Wordsmith and was developed by a company called Automated Insights. An actual author still needs to go in and give it a matrix article that data gets placed into, but Wordsmith proves that AI is capable of writing articles, which means seeing future improvements in the technology is very likely. While AI can’t write any hard hitting truths, fully automated reports might not be so far off in the future.

Customer Support: Nowadays, most companies have a live chat option on their website to connect with their customers. Often times, these live chatters are actually AI imposters, some more talented than others. Some chatbots can extract knowledge from the website and present it to customers when asked, or even communicate important information about a customer’s specific needs to those who can help. With the help of NLP, natural language processing, chat bots are getting increasingly better at understanding human language patterns.

Fraud Detection: Credit card fraud detection is a wonderfully useful tech development. The fraud protection emails that your bank sends out to ask you about your purchases are clearly automated, but AI is often the one in charge of monitoring your account for those signs of fraud. The computers are given a large sample of non-fraudulent and fraudulent purchases. It then learns to search for any signs that would place a transaction into either category in a series of training exercises. After it’s done training, the systems are fraud spotting professionals and can send you that “did you purchase this item?” email automatically. So next time you get that email, be proud of that hard working little AI for getting through all of it’s training.

FreeSWITCH and Other Possibilities: AI gets a bad wrap in the media. A lot of people accuse them of trying to obliterate mankind, but they’re just trying to help us out. AI is hiding in a lot of the technology that we already know and love and the best part is that there are so many more ways we can integrate it into our projects. For example, you could use FreeSWITCH as a way to connect to an existing AI software that would allow people to communicate with it; if you made a FreeSWITCH module for Amazon’s Alexa, you could then call Alexa over the phone. There are so many possibilities for AI…fingers crossed world domination isn’t one of them.