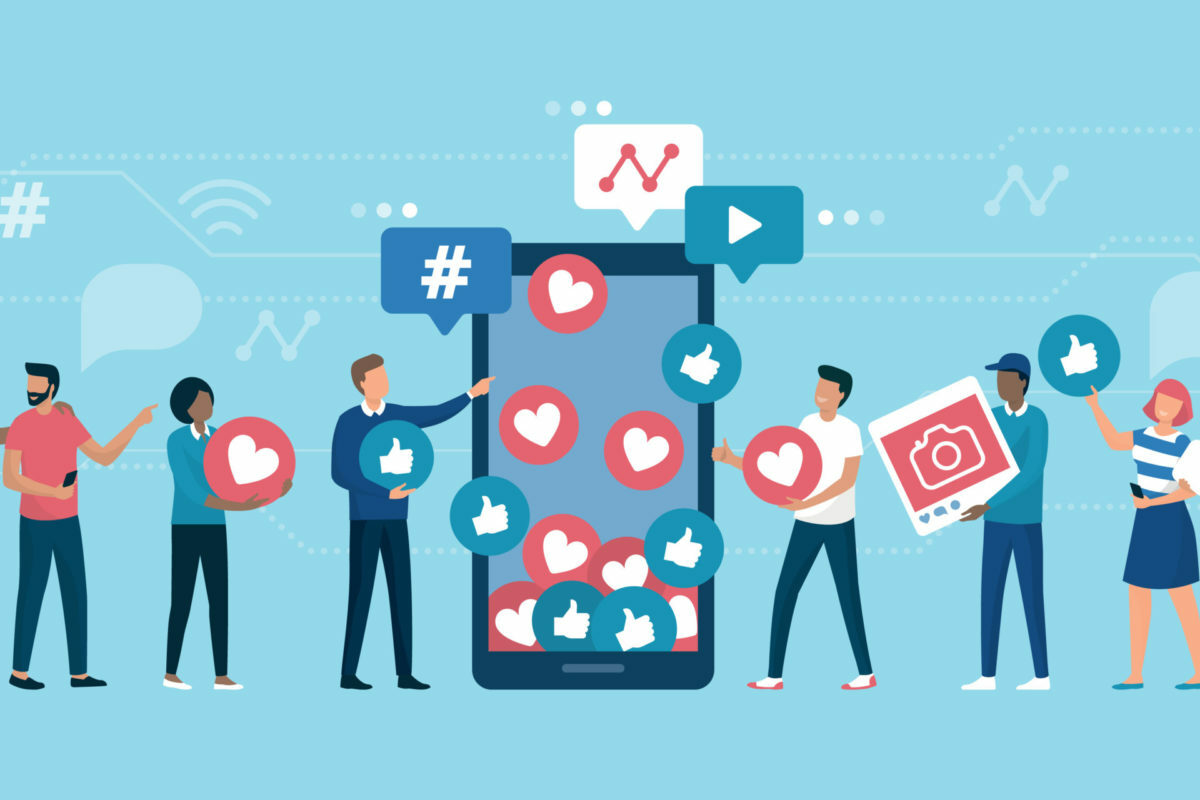 What do ‘likes’ do to our brains? What would happen if we couldn’t see them? Would we be happier without them? Instagram performed an experiment to find out.

People have spent years wondering about the addictive nature of social media, writing think pieces and voicing concern for young people who grew up in the digital age. Many tend to believe that social media changes their behavior, and can worsen symptoms of depression and anxiety from the pressure of social validation through numbers that the whole world can see on the internet.

About 50% of the global population uses social media in some form – billions of people. So surely, even if we scoff at the idea, we’ve all been there, sharing a photo or a joke and feeling our brains light up with dopamine when the ‘likes’ flood in. Our brains are hardwired to feel good from social interactions, and we read digital social interactions such as a simple ‘like’ in the same way.

We spend an average of over 2 hours a day scrolling through social media, and we check our smartphones between 83 and 101 times per day. We know other people are looking. And that’s a lot of pressure to deal with. The association we make between social media and deteriorating mental health in young people especially has been popular for over a decade – the early 2010’s were steeped in research and books around the topic. Studies have shown a link between depression and extremely high social media use, notably in teens. And Instagram, image-sharing platform known for its plethora of unrealistic photoshopped-to-death pictures, has been framed as one of the worst culprits.

So, back in 2019, after years of people blaming the app for its horrible effects on mental health, Instagram decided to test out hiding ‘like’ counts in certain countries. But there was insane backlash to this concept. Many influencers were unhappy with the idea. When using social media to sell products and make money, many worried the removal of ‘likes’ would be catastrophic for spreading around posts and gaining business from advertisers.

But it wasn’t that serious. The ability to ‘like’ a post was not removed entirely – instead, in this test phase, a user’s feed would show them how many hearts a post had earned, and it would simply be hidden from public view to remove pressure and unnecessary competition from what was meant to be a fun experience. So, ‘likes’ were never actually removed altogether. Algorithms could still pick up on posts and use ‘likes’ for data-gathering purposes

After two years of testing, Instagram announced that removing ‘likes’ didn’t really seem to change much. Some people enjoyed the feature, others were annoyed by it. So, in 2021, a compromise was reached: optional ‘like’ counts. The idea is that if you aren’t an influencer, just a person with a normal social media account posting pictures of friends and family and daily life, removing the added stress of ‘like’ counts could be nice. The default, though, will remain as displaying ‘like’ counts, and users have to go out of their way to hide them. A user can now simply opt to hide their own ‘like’ counts from public view, or opt to hide ‘like’ counts on posts in their feeds if they don’t care about what’s trending.

Not having any public metrics like view counts, likes, and followers could have been quite a revolutionary change to the way we use social media, especially on a platform like Instagram. Very few popular apps function this way, though they exist, such as Snapchat – so we know it can be done. But coincidentally, as this experiment played out since 2019, more studies began to show there might not be as much of a link between social media use and mental health decline as many people once thought.

A 2021 Oxford University study claims there’s less of a link between technology and deteriorating mental health than we previously believed. This study involved over 430,000 adolescents in the UK and the US since 1991, and though the researchers confirmed a correlation between social media use and depression, it wasn’t a huge link; at least, not nearly enough to support the widespread panic about social media addiction of the past decade. The researchers concluded that the problem with placing the blame on social media use and chasing ‘likes’ for a rise in mental health problems is that it prevents us from having a real conversation about bigger systemic issues that could also be the cause.

Research like the Oxford University study is meant to challenge the idea that technology is the main cause of mental health problems in young people, not to say heavy social media use is good for us or that addiction to these apps isn’t real. There are so many different factors and correlations when it comes to mental health impact that it’s not so clear-cut. If a person isn’t eating right or getting enough sleep, the impact that has on a person’s health is much, much clearer than social media use, for example. So, while Instagram performed its experiment on removing ‘likes,’ we got some new data that suggests perhaps widespread panic about social media use and chasing those ‘likes’ is a bit misplaced. The researchers instead concluded that we need more transparency from these companies to unlock their data and investigate further into the specifics of how people use social media.

Facebook has now followed Instagram in creating an option to hide ‘like’ counts from your view, or to hide your ‘like’ counts from others. But, at the end of the day, visible ‘like’ counts are still the default – for now. Given the backlash to the experiment, it’s unsurprising Instagram never went as far as completely wiping away ‘like’ metrics. So, a happy medium has been reached. ‘Likes’ will stay, but only if you want them to. Companies and influencers don’t have to worry about not being able to see numbers and results gained from posts, but if you find yourself stressing about what should be a fun experience, shutting off the numbers and scrolling through a non-competitive feed is now an option for you.

If you use Instagram yourself, consider following the FreeSWITCH Project for fun updates on what the team is up to!