The Death of Flash – a Eulogy 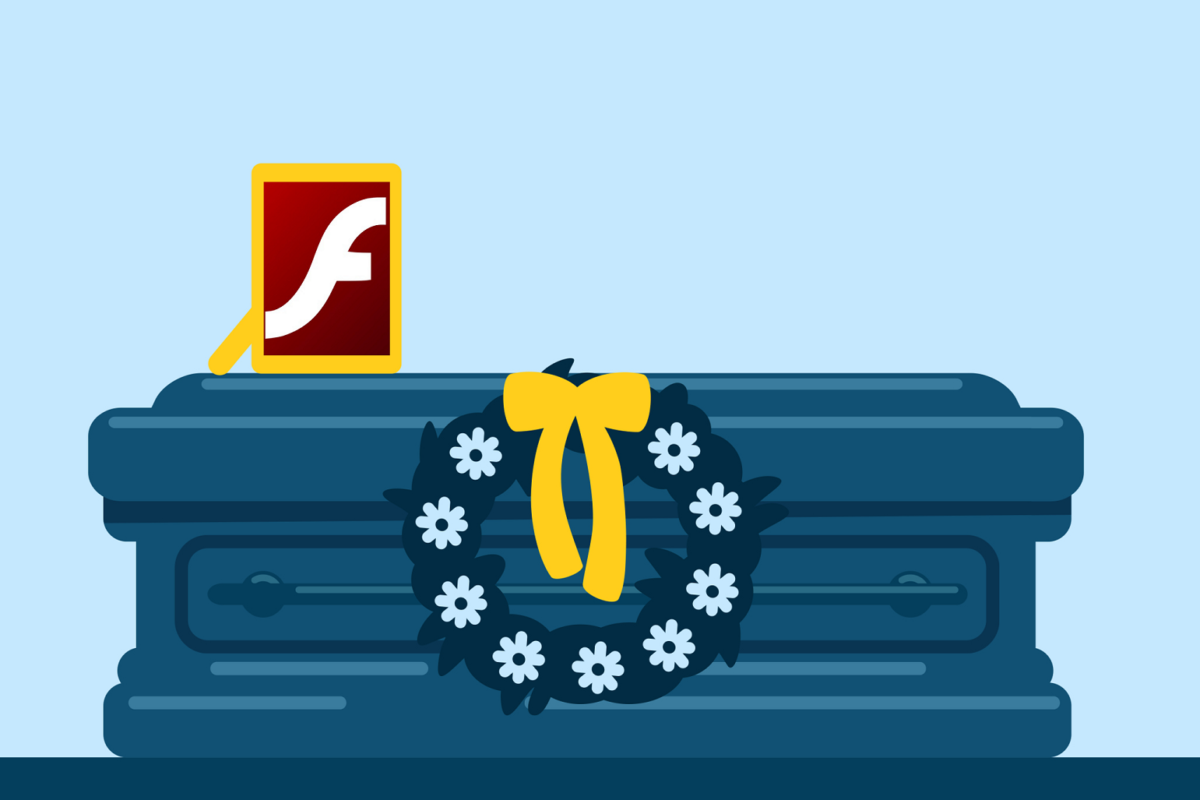 Remember Flash? Has any platform on the internet ever suffered such a long, drawn out, and painful death? Its discontinuation was announced by Adobe back in 2017, but it was officially killed on all browsers with no support functions any further on January 12, 2021. Although it’s likely that for you, it’s already been dead for years anyway.

If you were online a decade ago, you know exactly what Flash was. It was everywhere, constantly telling you to download it or enable it when you viewed certain web pages, or played almost any online games. In the 90’s Flash was owned by Macromedia before Adobe bought the platform and developed it for many years. From there it grew in popularity pretty rapidly since it was so easy for content creators to use. For a part of the 2000’s, it was installed on more computers than all other media players combined. Videos, music, gaming – back in 2005, you couldn’t do anything without Flash. And it turns out, if smartphones didn’t exist, maybe it would still be relevant.

The first step towards the vicious murder of Flash was around 2007 when the iPhone was released. War was officially declared. Flash was not allowed on any iPhones, iPads, or iPods. Steve Jobs actually wrote a memo called “Thoughts on Flash” in 2010 in which he cited many issues with the platform, including negative effects on battery life, bad performance, unreliability, and poor security. In its early days, Flash was THE plugin for anything fun: animation, sound, video. It was Jobs’ opinion that HTML 5 would take its place. In retrospect, it would seem like that makes sense, as it did play out that way – but at the time, it was massively controversial. Some believed iProducts would never be able to access the full internet without it because basically everything ran on Flash. 85% of the top websites in 2010 contained Flash content.

Not long after, Google sided with Apple in the great war on Flash, and by 2015, YouTube videos were all switched to the HTML 5 format. A tool called Swiffy was also launched to convert Flash content to HTML 5. But the following year, it literally just shut down because nobody used Flash anymore, so tools to convert it were simply redundant. As long as 5 or 6 years ago, browsers like Safari, Edge, and Chrome disabled Flash by default.

As this all played out, even Adobe started to distance itself from Flash, discouraging content creators from using it. In 2016 the platform was outed as having a severe security flaw on Windows 7 and XP. Adobe itself had to issue a warning about the flaw. This vulnerability was so nasty, an attacker could crash a PC and take control of the system. In 2017, the oncoming death of Flash was officially announced by Adobe. Updates and security patches stopped being issued around that time (yes, with over three years to go).

Even INTERNET EXPLORER was ahead of the death of Flash, disabling it by default in 2019. Which is still a little late to the party. But it does demonstrate how Flash crashed and burned so slowly as one by one, any and all browsers dropped support for it, adding a little more fuel to the fire year by agonizing year.

Though the death of Flash has been welcomed by many, maybe there is space to mourn it, too. Before the days of a sleek and polished internet, there were all kinds of messy Flash games everywhere and entire Flash websites covered in annoying animations, since it was so easy for content creators to use. Flash changed how animation was created online. What could previously only be produced in months could be made in days. It was a chaotic time, with anyone able to easily create whatever they wanted, leading to some really weird stuff.

It will be a safer internet for everyone without Flash, but we remember it fondly for its service in the early days of the world wide web. Any game you were addicted to online, almost any video you watched – Flash was the tool that made it all possible. Ultimately, the internet has outgrown it.

In conclusion, it was time. But anyway, R.I.P. You probably won’t be missed since so many of us were living without you for years anyway, but we’re glad your long, drawn out death has finally come to an end. You served the internet well!