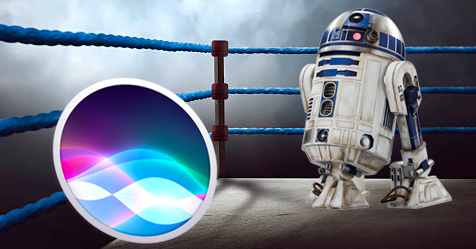 Anyone with access to the internet (which includes you) knows that AI is a buzzword in the tech industry right now. It seems like anything could be considered artificial intelligence if you squint your eyes and argue your case well enough: Alexa, Siri, Sophia the creepy robot. Hey, even Pacman could count because to the 1980’s human eye it looks like the ghosts are making their own decisions, right? Right??

First of all, do we really want to recreate human sentience? As our good friend Luke Skywalker says, “to say that intelligence belongs to us, is vanity.” Intelligence is found everywhere on Earth, even in the way plants chemically communicate with each other. So why is the human brain industry standard? Well of course it’s because we’re the ones making the devices, but it’s an interesting thought experiment. Why not model our computers after a beehive? But I digress.

So what’s the difference between well written conditional statements and a real life droid?

Technically, AI is defined as “the theory and development of computer systems able to perform tasks that normally require human intelligence, such as visual perception, speech recognition, decision-making, and translation between languages.” We’ve already seen some of these technologies in place today! Self-driving cars are already making their own decisions and it’s going (relatively) well.

In the 1950’s Alan Turing developed a test that evaluates a machine’s ability to exhibit intelligent behavior that is indistinguishable from a human. The test relies on a human evaluator judging linguistic conversations between a human being and a machine. The evaluator is aware that one of the parties is a machine. If the evaluator is able to reliably determine the difference between the machine and the human, that machine fails the test. The test was developed in a paper in which he proposed that all machines can think.

This test is met with both praise and criticisms, but what we can take from this is that if a machine seems like it’s thinking, then it is intelligent. The real goal is trying to trick ourselves into thinking our tech is as smart as us. Siri can’t learn from you but it can perform tasks for you, and that is what AI is to the average consumer.

Although, it depends on who you ask. Many experts describe artificial intelligence as a machine that can learn new behavior and react like a real human brain would. So while the experts are trying to make C-3PO, the tech market is just trying to trick us into thinking Alexa is really our personal assistant. Both can accurately be called Artificial Intelligence.

Yeah, yeah, yeah, but how far are we from sentient robots?

Well, recreating human intelligence is more difficult than it sounds… and it sounds really really difficult. Although we have made great strides, human beings are still trying to figure out how our own brains work, an important step to take before AI can really be intelligent. We already have specialized machines that can accomplish a single task significantly better than a human, but for a machine to do many tasks better than humans and learn new skills for itself, is a daunting task. A task that experts predict we will be closer to by the year 2050.

Where can I learn more about AI?

ClueCon 2018 is just around the corner! This year we will be in Chicago July 23rd-26th and will be hosting an AI roundtable on the 24th. Discuss Artificial Intelligence with industry professionals including James Tagg, author of Are the Androids Dreaming Yet?

You can register at http://cluecon.com/register.html