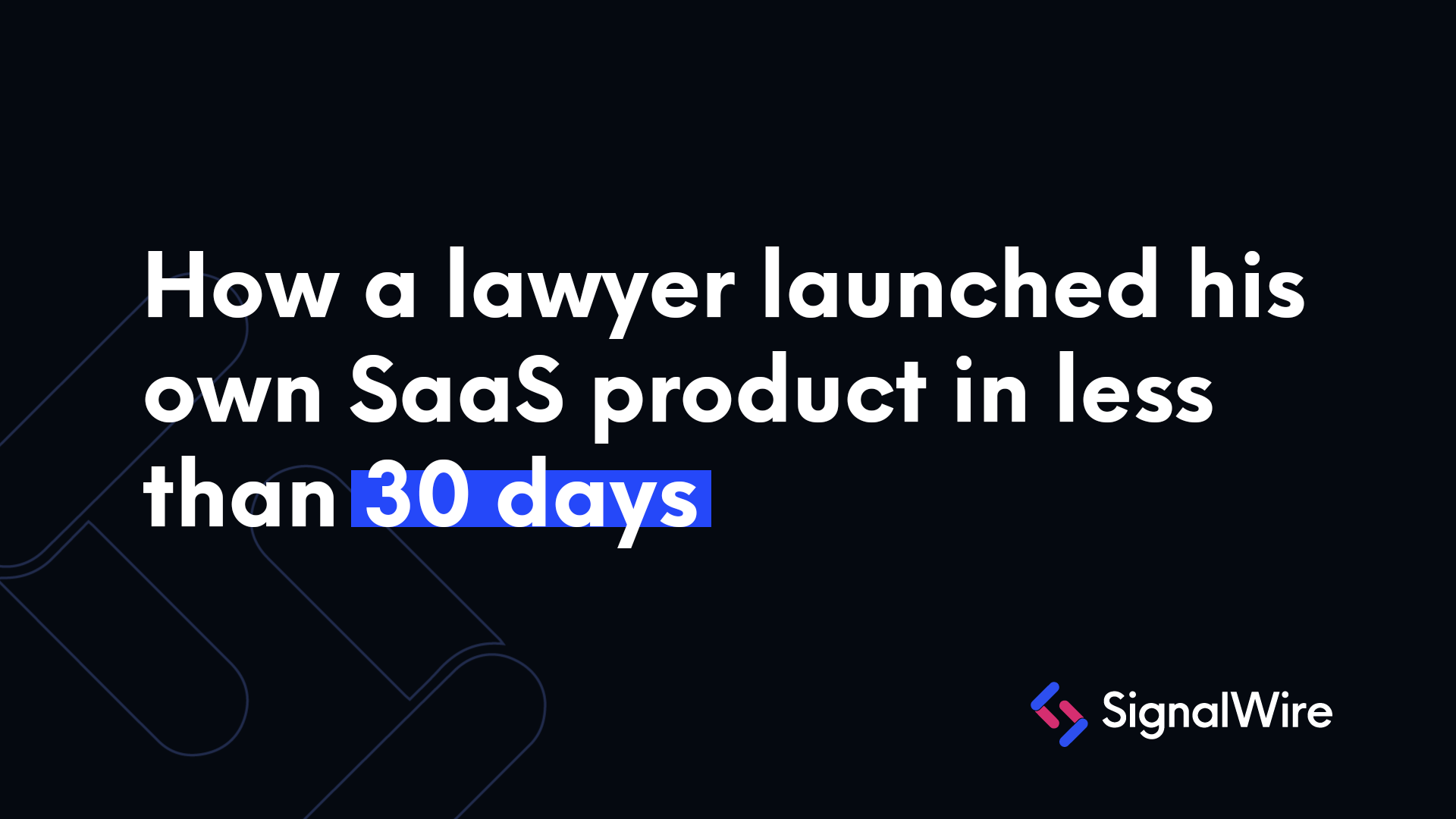 Filippo Celoria is a lawyer based out of Milan, Italy.

In January of 2019, Fillippo landed on an idea for an application that would allow users to sign legal documents while video chatting. As a practicing lawyer himself, Fillipo knew:

After searching around for a solution that integrated both and finding none, he set out to create it himself.

The first iteration Filippo and his development team launched was a document workflow automation app that made it easier for non-lawyers to generate and sign legal documents by filling in pre-defined prompts.

However, after COVID struck Italy and strict restrictions on movement and in-person gatherings were put in place, the concept of integrating video conferencing and e-signatures seemed almost inevitable.

Filippo faced a seemingly uncrossable gap between his vision and the capabilities necessary to bring it into reality: the technical complexities of WebRTC.

Fillipo and his development team initially attempted to build agree.live's vision on top of existing video conferencing applications, like Zoom and Microsoft Teams.

The limitations of Zoom and Teams revealed themselves in 3 ways:

Determined to see his application come to life as intended, Filippo sought out a new approach.

From broken solution to working app in less than 30 days.

In April of 2021, Fillipo’s development team began building out the newest version of agree.live on top of SignalWire Video Conferencing API.

Less than 30 days later, the team launched an e-signature app with a real-time video conferencing feature built directly into the document reviewing and signing interface.

Now, an editable PDF sits in the middle of the screen with a video conferencing window embedded directly next to it, both completely within a browser.

It all works on both desktop and mobile with no apps to download or secondary accounts to create.

The difference in the quality of the video conferencing experience was also striking: instead of the awkward pauses and clipping audio when two or more people speak at the same time (a standard feature of Zoom and Teams), agree.live's users can negotiate and hash out the details of the contract in a naturally-flowing dialogue, much as they would in real life.

Filippo and his team could also leveraged SignalWire's traditional SMS APIs to include a multifactor authentication feature that complied with Italian law.

And because they built on highly flexible video conferencing APIs instead of trying to wedge heavyweight apps that were not originally designed as platforms, Filippo and his team can build the roadmap around Filippo's precise vision.

So today, they're working on expanding agree.live's features to include sentiment analysis.

Agree.live was able to integrate SignalWire video APIs and launch their new product in less than one month.

Agree.live was able to build their application the way they wanted it rather than adapting to a rigid solution.

Agree.live’s customers can easily read the fine print on contracts and see the nuanced expressions of their clients and partners.