SignalWire Announces the Full Migration of the FreeSWITCH Codebase to GitHub 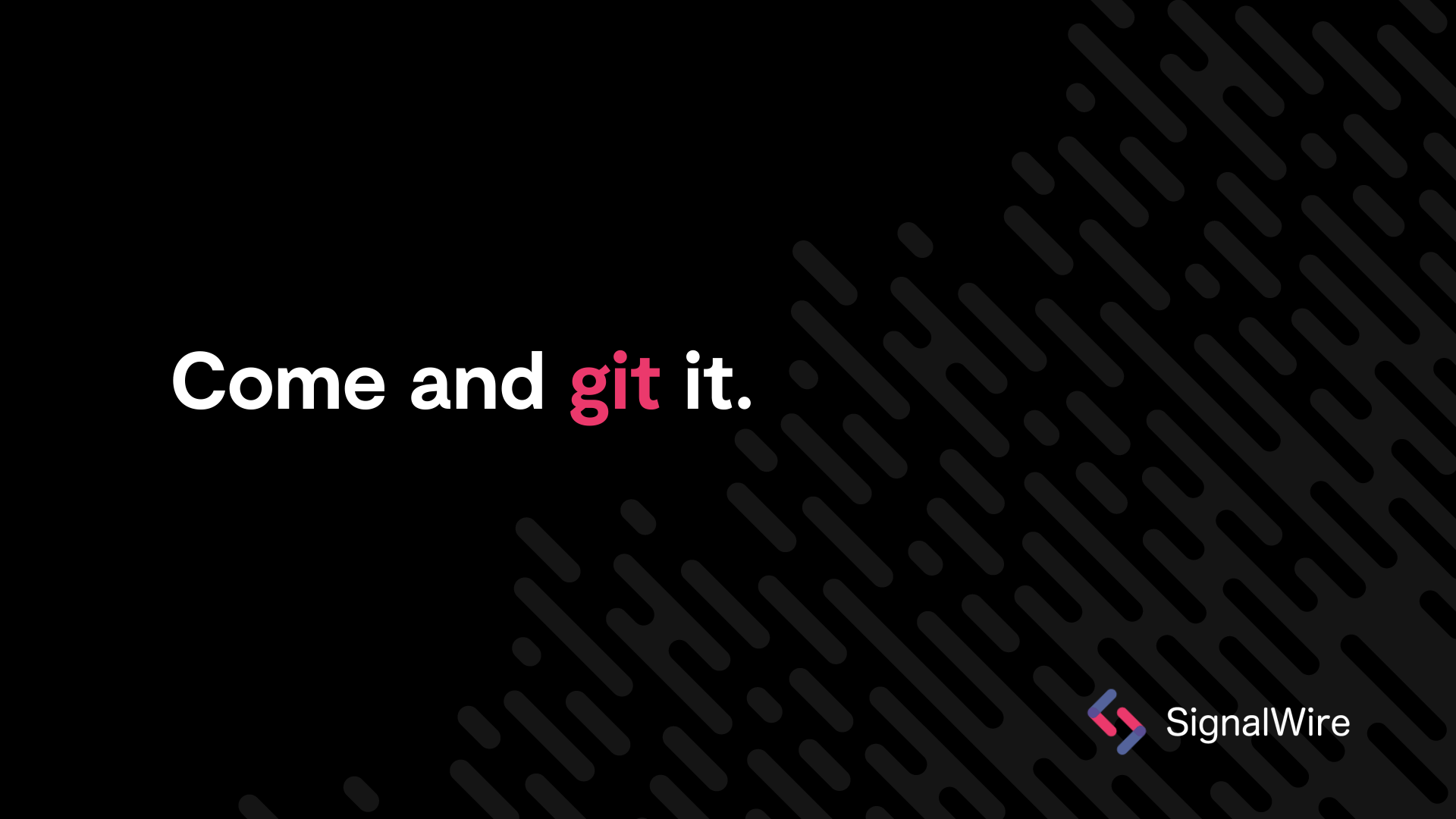 Palo Alto, Calif. - Sept. 27, 2019 - SignalWire, Inc., the original geeks of software-defined telecom and primary sponsors of the FreeSWITCH open-source platform, announced today that the project’s code is now officially hosted on SignalWire’s Github repository. This announcement coincides with the 15th anniversary of the project, now widely regarded as the de facto software package for embedding communications capabilities within computer applications.

SignalWire’s open-source platform is used by most popular commercial cloud communications companies as well as developers and enthusiasts around the world. The project was started in 2005 by CEO Anthony Minessale and a group of developers who had been major contributors to other open-source telecom projects such as the Asterisk PBX.

Minessale and team took on the most complex programming problems, creating a software switch capable of seamlessly processing and translating the myriad media formats and protocols involved in real-time communications, designed on a stable and elegantly scalable platform. In doing so, they gained unrivaled expertise in the esoteric field of software-defined telecom.

SignalWire was founded by Anthony Minessale with the mission of democratizing this powerful yet complex technology, and he sees moving the core open-source stack to GitHub as an important step in service of that goal.

“This is the moment everyone has been waiting for,” said Minessale, “We are committed to extending our technology to as large an audience as possible because that’s the best way to accelerate innovation. We’ve wanted to do this for a long time.”

“For years, the FreeSWITCH repository has been hosted in a data center and we couldn’t get it into GitHub due to technical reasons related to the git software,” said Chris Rienzo, Director of stack engineering at SignalWire. “We were dedicated to preserving the commit history and hashes to keep existing checkouts from breaking, and after a lot of hard work and perseverance, we worked with Github to get it done.”

“The entire 15-year span of the rich commit history has been preserved, which was critical to making this move.” Evan McGee, CTO at SignalWire, added. “We are so excited to be able to make FreeSWITCH available via GitHub alongside our other open-source code at SignalWire.”

FreeSWITCH is written in C and C++ and builds on most modern operating systems like Linux, MacOS, Windows and the BSD varieties. Through its modular design, it offers developers access to a variety of voice over IP protocols like SIP, as well as WebRTC media support. FreeSWITCH supports the most popular audio and video encoders and translates media between formats, making it a popular engine for communications services.

The FreeSWITCH source code repository can be found at the SignalWire Community at https://github.com/signalwire/freeswitch

Developers can also join the SignalWire community Slack at https://signalwire.community

SignalWire is a future-facing telecommunications company focused on democratizing its best-in-class technology by combining the power of programmable cloud communications with elegance and ease-of-use. For more information, visit signalwire.com.