OG or not OG? That is the question 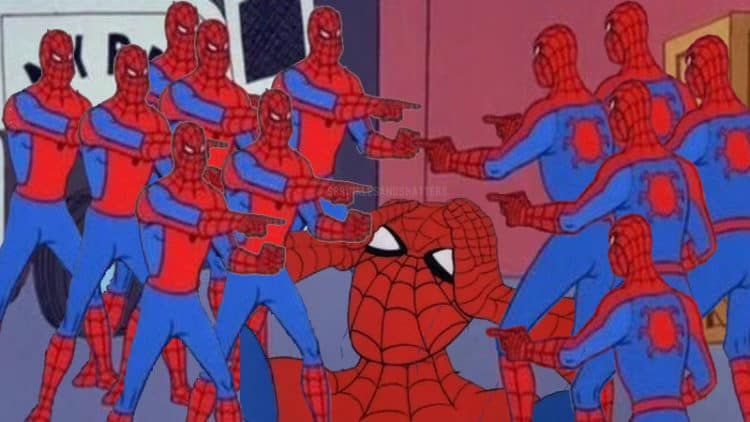 “Imitation is the sincerest form of flattery that mediocrity can pay to greatness.”

Working in the same industry for so many years has taught me a lot. It has also inspired me to push the envelope to the best of my abilities. One struggle along the way has been the wave of "me too" that happens when a business or industry finally seems like a good idea. I am not talking about the "me too" that comes with a hashtag, I am talking about companies who feel left out or deserving of getting on the bandwagon for something that is seemingly popular. I have witnessed this in many places and in many other industries besides my own, which is telecommunications btw.

One glaring example is "AI". You can stick these 2 letters into some wording on your ad campaign or on your pitch deck and suddenly you are modern and cutting edge. "Our AI technology can tell you what food your dog likes!" "Using AI, we can follow a decision tree with ease and do everything you already could do anyway" In reality, the 80's arcade game, PAC-MAN had more AI than most stuff claiming to be AI today but if you look closely there are some amazing things out there.

The problem is that all the hype dilutes the actual science of creating AI and ML solutions that do amazing stuff like rendering 1880's images like they were taken yesterday or reducing the rendering of 3d graphics and many other things.

We've also seen a litany of "security" and "crypto" companies take shape and everyone and their uncle had something to say on those topics and touted themselves as a great innovator in the space. The problem is that it ends up making us all tune it out.

One example that is a lot closer to home for me is "Remote Work" Just about everyone is a "Remote Work" company or product in the last 18 months. I have a vested interest in this one because I, and the community I helped build, have spent a lot of time in the early years trying to figure out how we can work remotely. The same goes for a lot of other communities out there.

Many of us were using modems and cellular dongles and trying to connect and interact over as little bandwidth as possible. Sometimes using a landline or cellular call for voice coupled with a shared terminal for the code etc. That lasted until the Internet caught up with our ambition and we started pumping voice and video over our personal Internet connections. Some of those early tactics made it difficult to fully understand other people. Sometimes it's hard enough to judge the intent of people based on their words even when they are physically in the same space. Learning to work remotely takes years and it's about culture, not just technology.

FreeSWITCH, our open-source project started in 2006 was built on the principle of being the core foundation for Software-Defined Telecom. (Transforming all telecom to pure software so it is inherently easier to build applications on top of it.) The global community around FreeSWITCH and the core development team were run as a fully distributed team using the software we were creating as the foundation. After many years of building this communications platform, we were inspired to create a whole company (SignalWire) to take this concept a step further and reach the masses. Naturally, we also chose to do this using a distributed team.

One challenge for investors is that every idea sounds far-fetched until suddenly it isn't and you have to make some pretty interesting bets with very little to go on. When we founded SignalWire in 2017, not many were woke to the idea of remote work. I got more than one sideways look from investors when we first got going. They were used to people setting up shop in a garage within driving distance from their office. We did things very differently. By this time, working remotely was second nature to us. In fact, because of this superpower, we could go converge and hang out in Silicon Valley for weeks and continue on full steam ahead while we introduced ourselves to the world while the rest of our team operated from the comfort of their own location in the world.

To elaborate on our relationship with remote work, we have been doing an in-person conference for 17 years now. At ClueCon, our community comes together in person. The only way to pull this off for a week is that everyone who attends works remotely. We take over a hotel in Chicago and install our own high-density WIFI and everyone who shows up has a laptop out and it's just another day at the office. The catch is that the office has 300 co-workers and a lot of different employers. It doesn't slow them down though. Everything they need fits in a single tech backpack.

Because we live this lifestyle every day, we built our own remote office out of the technology we created. It was born out of necessity. It lets us communicate freely and move between tasks visually and in high resolution. It showcases the infrastructure services we provide and gives us insight into how to design our products and services. It shows us that we are headed down the right road to building real-time bi-directional communications products and services.

It's actually pretty nice that the world has embraced remote work. Its validation and makes sense especially with what has been going on since 2020. But what is interesting is all the companies that suddenly are "singing and dancing" about remote work when they were not just a few years ago. The new startups around remote work may or may not be too late because usually once everyone knows about something you are kind of late to the party.

I don't look at remote work as a business model or a goldrush, I think of it more as a cultural decision, and it's our job to make sure everyone has the infrastructure and tools they need to succeed. The problem is that it's so easy to tout "Remote Work!!!" just to try to get more likes on your post but when people are going over their feed and they see "Remote Work!!!" on every single post that scrolls by. They will start ignoring it.

This reminds me of when movies started doing similar camera angles and stop-motion effects when everyone saw "The Matrix" and suddenly the style was so saturated that the rest of the films in the Matrix series actually look like copycats. The ironic thing is that it's a copycat of something they started in the first place but people are so desensitized that it becomes harder to get the message across. Sometimes I relate to this with what we call the "CPaaS" industry.

CPaaS (Communications Platform as a Service) has been around for a while. It's the idea of a programmable layer to control calls and messages to and from the PSTN. (Public Switched Telephone Network or "everyday phone service") Most of them use REST (Another sensationalized concept almost as old as the Internet itself). The moniker of CPaaS is conveniently inserted into a company's profile hoping to catch the eye of an Internet surfer and reel in more Internet hits and ultimately, a sale.

I have been working on IP Communications since at least 1993. First, when I discovered the Internet and mastered the arcane form of chat available using terminals and later in history when it became more visual with the modern Browser and everything forward leading up to the present. Its been a vast improvement at a constant pace.

During that time, I have contributed years of effort to existing open-source and was a founder of a completely new open-source project aimed at simplifying communication. The work I have been involved with is measured in man-millennia. (kind of like man-hours but 1000 year units) Basically, every "CPaaS" has its foundational roots in things I spent a lot of time working on or in some cases outright built. The key point regarding all that work is that we at SignalWire are still not satisfied and aim to push the bar as far forward as we can at the same pace or greater. This is why we started the company. We want to stop living in the CPaaST.

So basically, in reflection, we all want to become hipsters who say we "used to do something before it was cool" because that probably puts us in the best position. The key is figuring out how to break through the noise that will come when your thing gets popular. If not, you might end up on a park bench telling the pigeons your story of how you were a pioneer in Uber for Dogs but they beat you to it.

We at SignalWire are literally hoisting our sails in the wind of the inflection point blowing us forward. While there are challenges dealing with the normalization of what we do, it's what we worked so hard for in the first place. It's important to keep pushing technology forward. Some will copy us and depending on who you ask, we might even look like we are copying them. Most certainly, the foundational technology my team and I developed is already present in a lot of solutions.

However, I hope the work we are doing now will one day look like a stone wheel and wooden spear compared to what will be able to do in another 5 or 10 years. This is already true when you compare today to 10 years ago and there is no reason we cannot continue the charge. We have been working with developers for a long time and we are not just a Hollywood glamorization, we took the stairs to get where we are today so we can build an elevator for everyone else. I am confident that we will stand clearly on our past and future accomplishments alike and we have the git commit logs to prove it. We will look fondly back on all the success that has come from our efforts for ourselves and all the other companies that we made possible. (its a lot of companies)

If you read this and you like communications and code and the Internet, I encourage you to come and find us online. We have an open Slack community at https://signalwire.community We like to hear ideas and we want to make developers feel heard and get our joy from seeing their success. If you are building a product, we'd love to have an opportunity to win your business which in turn only better empowers us to push the envelope.